The first August goose hunting season in Minnesota has been announced.  It will run August 10-25 with a 10 bird per day limit and no possession limit.  Hunters will be allowed to hunt a half an hour before and a half an hour after sunset.  These hunts have been established in an attempt to help manage the geese that breed in the state of MN.

This has been met with a lot of criticism and limited optimism.  Concerns have ranged from suggestions that birds wouldn’t be flying by then to hunting them in August will push them out of the state.  Personally I feel blessed with three additional weeks to get out and geese in the early season.  It’s been a long off season and myself and the rest of the guides are ready to get after it.

Hunts where our clients actually have the opportunity to take advantage of the 10 bird limit will be tough to come by but we’re sure to have a few.  We’re excited to have the folks from Duck Dog Waterfowl out with us to film the first week of the August early season.

Openings remain for mid week guided goose hunts and the weekends of the 17/18 and 24/25. 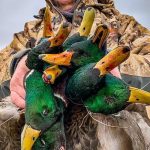 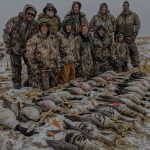 MaXXed Out Guides
4.4
Based on 75 reviews

Sean Foy
21:59 21 Mar 22
Our group hunted with Maxxed Out in Kansas and South Dakota this year. Had a great time in both states. Great housing accommodations. We’d hunt with these guides anytime. Already have dates booked for next year.

Dylan Hoflock
18:26 21 Nov 21
Had a great time with maxed out guides! Great people that put us on more birds then I’ve ever seen before!!

George Lagonia
22:27 14 Nov 21
My group has hunted all over the USA and Canada for Waterfowl. My hats off to Graham and his crew. He runs a great show. Their gear is great, their efforts are greater. We are all about our retrievers, Graham made sure that was a priority. No other guide service has ever made sure the set up for our dogs was so important. Super grateful for that guys!!! We had a couple of magical days in S. Dakota with Maxxed Out Guides and will definitely be returning!!

Robert Lucas
19:55 15 Sep 21
We had a great experience with Maxxed out! They are the best at what they do! As professional as it gets from arrival to clean up! Highly, Highly recommend these guys!
‹
›
BACKED BY THE BEST

To do what we do for 8 months out of the year it truly requires the best equipment in the waterfowling industry. These companies put the products in our hands that allow us to be successful day in and day out.
Call - 651.335.0780